Chemmy Alcott, a 4 Time Winter Olympian and the only female British skier to win a run in a world cup. 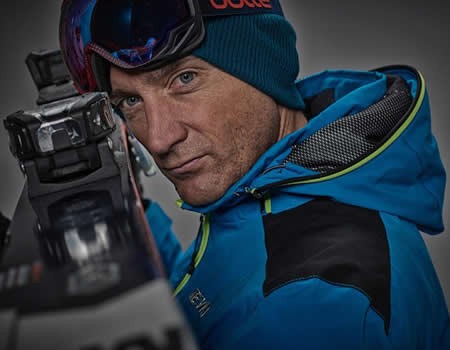 Graham Bell is a British Olympic skier, TV presenter, adventurer and journalist who, along with his brother Martin, was of the finest downhill skiers the UK has ever produced.

The five time Olympian, sporting enthusiast and television personality has remained at the forefront of British sport, commentating on the Winter Olympics, fronting the popular and iconic BBC primetime series ‘Ski Sunday’ and working with a range of organisations and events to support the development of both winter sports. Graham has worked presenting and commentating on a number of summer sports, including sailing, fencing, triathlon and cycling.

He uses his experience as a TV presenter and a cameraman to enable him to cover extreme sporting events. Graham was also the Performance Director of Channel 4’s popular show The Jump, teaching celebrities various winter sport disciplines.

Graham is always on the look out for new personal challenges, since he retired from ski racing, he has competed in various challenges like the Marathon des Sables, Henley Ironman, The Arctic Circle cross-country ski race, Arctic-Man snowmobile/ski race, The Clipper Round the World sailing race, and recently set a Guinness World Record with Jaguar for the fastest towed skiing at 117mph.